Ammonites are extinct marine molluscs of the class Cephalopodia that appeared midway through the Paleozoic Era (400 Mya). They typically had a ribbed spiral-form shell that encased soft body parts and a hardened beak. Ammonites had a wide dispersion and their remains have been found in large numbers around the world. To date no trace fossil has been found of the soft body parts of an ammonite but they are believed to have been similar in anatomy to modern cephalopods such as squid.

Ammonites came in all sizes from the very small to the very large and many grew striking protuberances and spines - thought to have been evolving defence mechanisms against ever larger predators. They are presumed to have had good eyesight so markings and colouration are also thought to have been on display, playing an important role in their appearance. 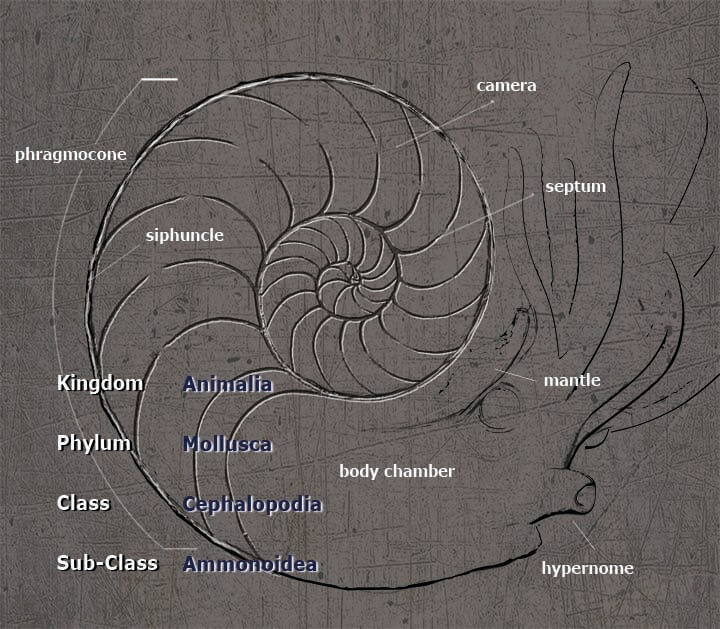 Ammonites are thought to have been predators - adept at gliding across seabeds using their arms and tentacles to grab prey as it passed by.  If attacked themselves they could pull back into the hardened shell and close down a leathery mantle. This dual ability to hunt and protect themselves proved very effective as ammonites survived for over 300 million years.

Because of their wide distribution over such an extensive period of time, ammonites have become important index fossils for evolutionary science. 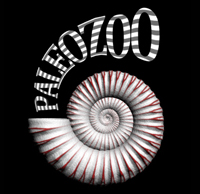